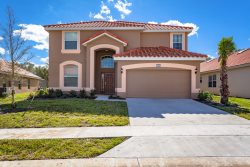 Are you excited about all the new things to see and do in Walt Disney World?  For those that visit the Magical World of Disney more than once in their lives, you must be ready for new and fun things to do.  I know my family is.  In 2019 this is what you can look forward to and plan your trip around opening days to see the attraction you love the most.

Walt Disney Resort opened on October 1, 1971 so that makes the 50th Anniversary October 1, 2021.   This is your gentle reminder to start planning your trip if you want to be there during this time.   Vacation homes will be sold out during this time so start looking now.   Of course we’d love for your to stay with us so visit our webpage at www.visitmagicalorlando.com or call Meghan, our Disney fanatic,  and she will help you plan the fun.

Mason, our youngest grandson, absolutely adores Mickey Mouse. So Masi will be thrilled when Mickey and Minnie's Runaway Railway opens in 2019, replacing The Great Movie Ride located in the Chinese Theater at Hollywood Studio. The premise is the guests will step into the cartoon and play along with Mickey and Minnie and conductor Goofy.   This one will be so much fun!

The Lion King has been around forever!  When we took our boys to get their puppy in 1994 guess what they named him?  Simba of course. The next new attraction at Animal Kingdom will be The Lion King Hakuna Matata Time Dance Party: This is the 25th anniversary of The Lion King.  The dance party will run from Jan. 18-Sept. 30 and will feature Simba, Timon and Rafiki.

Here something fun to do.   Move It! Shake It! MousekeDance It! Street Party: Replacing the Move it! Shake it! Dance and Play It Street Party in Magic Kingdom, this new party will feature Mickey, Minnie and other characters dancing to popular Mickey Mouse Club remixes. The party starts Jan. 18 in Magic Kingdom, and will include merchandise, as well as themed food and beverages.

Hollywood Studios 30th Anniversary: May 1st marks the anniversary of Hollywood Studios, so special things will be happening all over the park. From Jan. 18-Sept. 30, Pixar Place will be transformed into a Municiberg city block, featuring appearances from Elastigirl, Mr. Incredible, Jack-Jack, Edna Mode and Frozone.

Plan now.   Find the best accommodations and come see us in the Orlando Area.   Visit us at www.VisitMagicalOrlando.com or call us at 888-863-9543 and remember, if you want to speak Disney, ask for Meghan.

Jump to a Rental