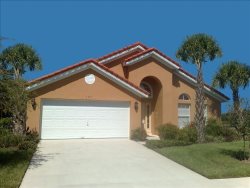 Lights, Camera, ACTION! Plunge into the action of your favorite blockbuster movie at Universal Orlando. Incredible rides, shows, movie sets and attractions. At the end of a jam packed day head back to a resort home with a private pool just minutes from Universal Studios Orlando. Universal Orlando Resort is more than a theme park. It's an entire universe of action and thrills featuring TWO spectacular theme parks unlike anything else in Orlando. Universal Studios Florida Theme Park Universal's Islands of Adventure Theme Park Where is Universal Studios? Universal Orlando is located just minutes from Aviana Resort Orlando in Davenport as well as our other resort vacation communities. Each of our resort communities have easy access to I-4 and 192.

Jump to a Rental